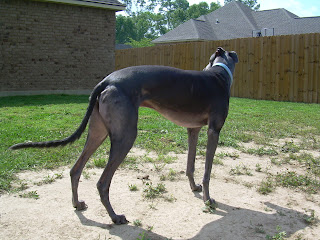 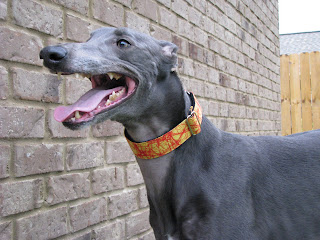 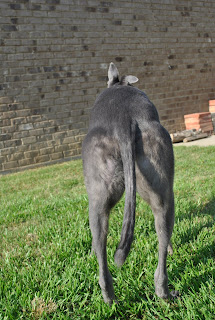 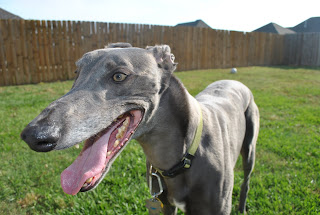 Posted by Brittaney at 4:58 PM

Our 7 year old boy Tango has a very bald chest and belly but normal hair every where else. I like him less hairy because he feels kind of like velvet. Draw back is that he carries in a load of sand every day and deposits it usually on my couch now that he can't get on the bed anymore.

It's so exciting when you get hair to grow on those bald butts, isn't it? I know the feeling! Congrats to Dax and his new fuzzy state!

That's really interesting. I might try that with Reagan. Changing her diet definitely helped her coat, but she still has way more baldness than before... and she can use all the help she can get with noise fears.